Hello Everyone! Being a feminist and educating people about feminism and equal rights has become a really big part of my life. I talk about it a lot, outside of my blog, and it’s a major part of my life and me. I’ve been thinking about bringing it to this blog more, because I only talk about it on holidays + special occasions. There are so many common misconceptions surrounding feminism, and this post will (hopefully) clear things up. Get ready, because this is going to be a long, informative, maybe even empowering blog post! Yay EQUALITY! Enjoy! 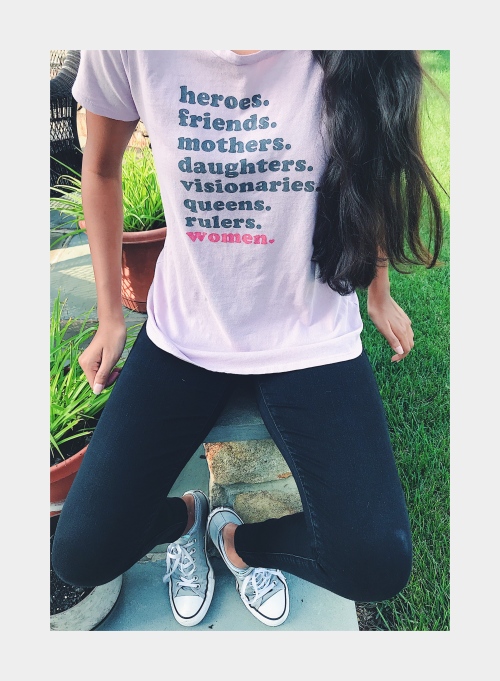 First, you should probably know what feminism is. The actual definition of feminism is, the advocacy of women’s rights on the basis of the EQUALITY of the sexes (genders). A feminist is someone who thinks that everyone should have equal rights. The entire idea of feminism is EQUALITY. Even though the actual definition is advocating for EQUALITY for genders, it’s really about EQUALITY for everyone.  Small warning, the word EQUALITY  is going to be mentioned a lot.

2. IT’S NOT JUST ABOUT WOMEN. It’s not even just about women and men. It’s about all genders, all identifications, EVERYONE. Feminism doesn’t focus entirely around women. Although it does fight for women’s rights, the goal is to reach the point of EQUALITY by achieving those rights. 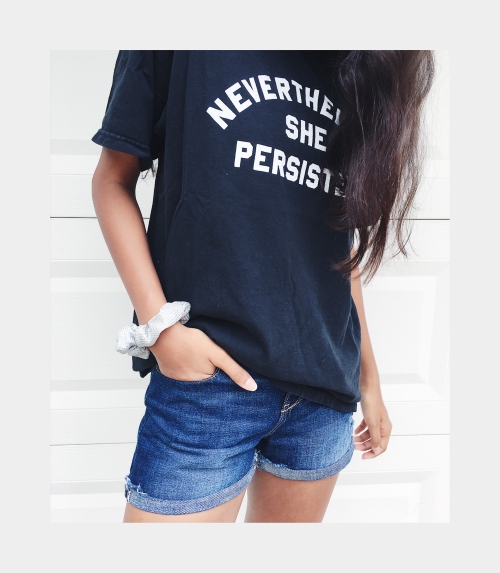 3. FEMINISTS AREN’T MAN HATERS. We don’t hate men, and we don’t think women should be above men. It’s all about EQUALITY. I might be repeating myself at this point, but that just shows how important it is. A lot of people think that Feminists hate men and that they think they are better than men. This is one of the many major misconceptions that so many people think is true. They become anti-feminists because of it, for something that isn’t even true. 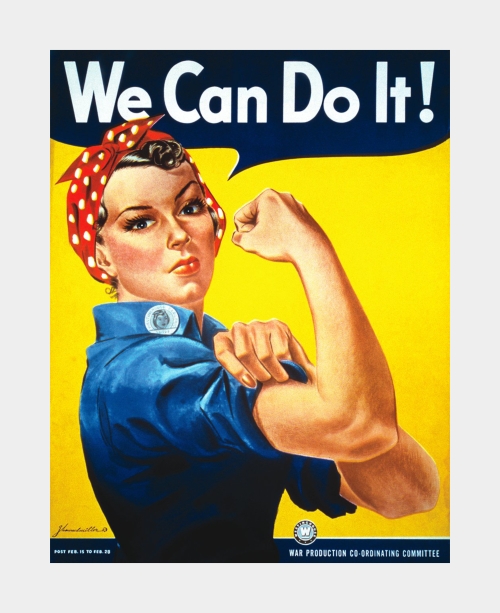 4. GENDER INEQUALITY IS REAL. The Pay Wage Gap is real. Gender discrimination is real. This “stuff” isn’t made up. There are people, male and or female, who say that they aren’t treated differently. Or they don’t see this happening in their community. Just because you don’t see it happening, or you aren’t personally effected from these problems, doesn’t mean it doesn’t exist. Gender In-Equality exists and needs to be dealt with. 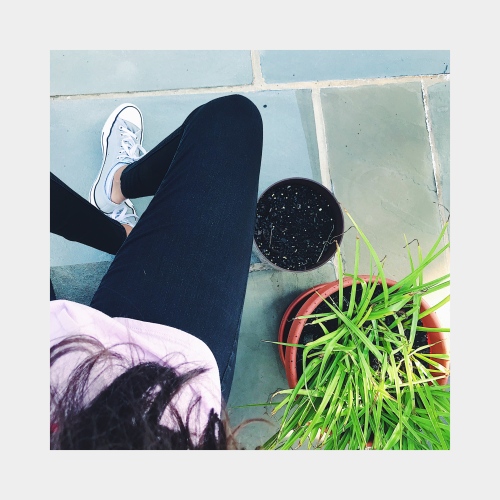 5. FEMINISM ISN’T JUST FOR FEMALES. You don’t have to be female to be a feminist. Males can be feminists too. There aren’t any constrictions on who can be a feminist, as long as you believe in…… EQUALITY!!!!!

6. It’s more than “wanting” EQUAL rights. It’s believing in, seeing a need for, and accepting that there is a lack of EQUALITY! 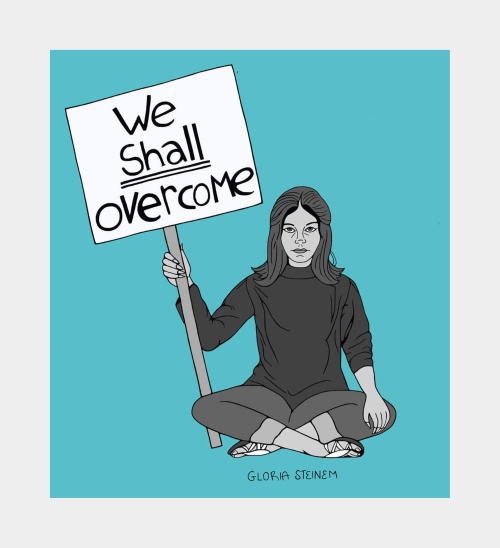 Gloria Steinem, “We Shall Overcome”, Via Etsy

7. I’m sorry to break it to you, but if you believe that everyone should be treated EQUALLY, than you are a feminist. Or you at least support feminism. A lot of people say that they believe in EQUAL rights for everyone, but don’t call themselves a feminist. That’s exactly what a feminist is, someone who believes in equal rights.

There are people who say, “I’m all for feminism, I just don’t like those feminists who think they are better and should be treated better than men”  Those aren’t feminists. When I talk about feminism or bring up important current events, there’s ALWAYS that one person who says this to me. I’m not trying to shame anyone who has said this, because they just have the wrong idea. They don’t understand what feminism is.  And I think that’s the problem. People are misinformed about what feminism is, and then they make up there mind. That’s why readings posts and articles like this is really, really important.

I hope you enjoyed this post! More than anything, I hope you learned something from it. My final “equality” word count is  16 mentions. If that doesn’t emphasize it’s importance, I don’t know what will. I’m also including the link to Absolutely Olivia’s blog, Click Here. She has so many amazing posts on feminism, gun control, and other political topics. (she also writes about fashion). She’s a really great blogger you should check out.   Let me know in the comments if you like this blogpost style, and feel free to start a chat or conversation. I”m also thinking about doing a monthly series like this. Thanks for reading.

HAVE A FABULOUS DAY!

6 thoughts on “7 Things You NEED to Know About Feminism”